Are there really any interesting trees in Rome? In this ancient world city where people have lived for centuries and centuries…and everything built by humans is of interest…Maybe a funny question – but as I’m a tree lover, the question is relevant to me!

Well, let’s start in Ostia Antica, the old port of Rome. The oldest archeological remains so far discovered date back to the 4th century BC. The most ancient buildings currently visible are from the 3rd century BC.

Where is the tree…and where are the bricks? Nature’s patterns have always been an inspiration used in the architecture of buildings and art of humans. 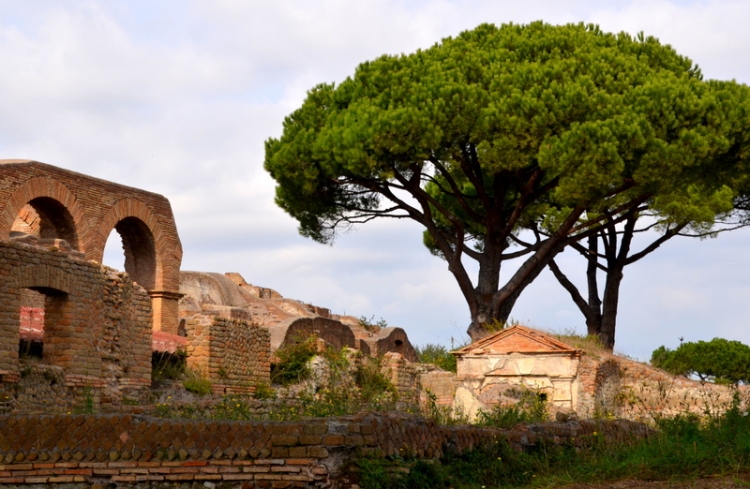 Pine trees are very monumental, and somehow they just…belong together with old ruins. Walking the cobbled stones and narrow paths this early morning here, birds singing and the stillness in the air… 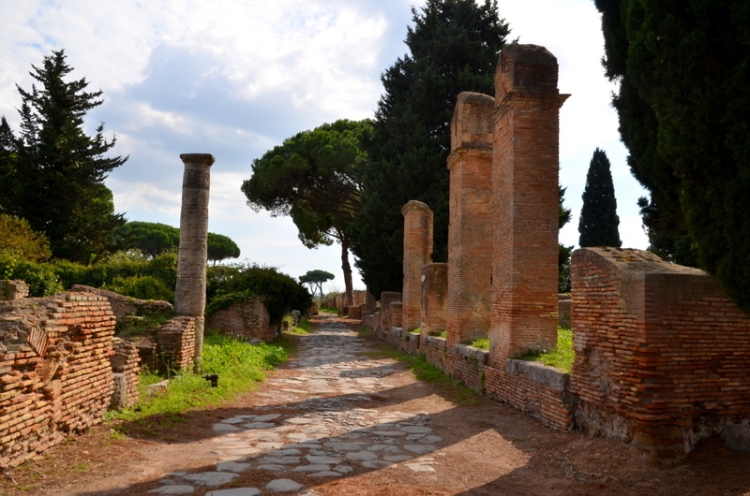 The ruins are very well preserved throughout the whole area, clad with cement on top. The old Forum looking like a maze because of it.

The theatre is well preserved – click the link above to my post on Leya. But, I’m convinced nothing here would be as beautifully shown off without the pine trees.

Back in Rome City, the plane trees are a feast along the Tiber. Trying to reach the water…the sound of their leaves rustling and reaching out in the soft wind…

On our way to Circus Maximus there is heavy traffic, but we are greatly rewarded. The old arena is almost empty and not many  people around. A lonely tree stands in the middle of the remains of the old racing course. Imagine the old days, what buzzle and crowds of people and animals! A magnificent place. 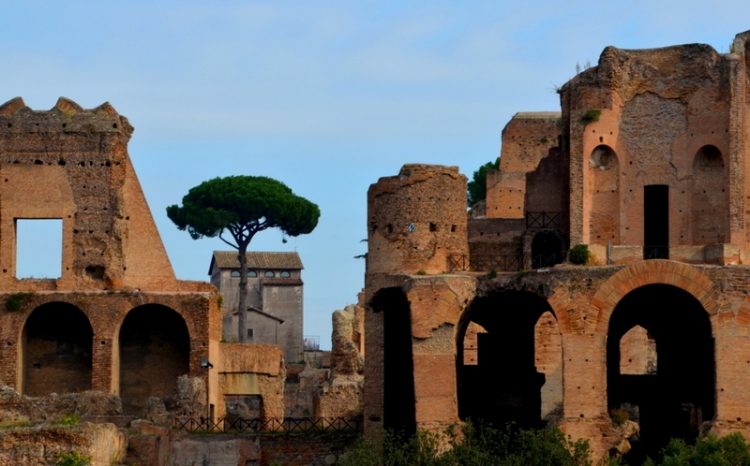 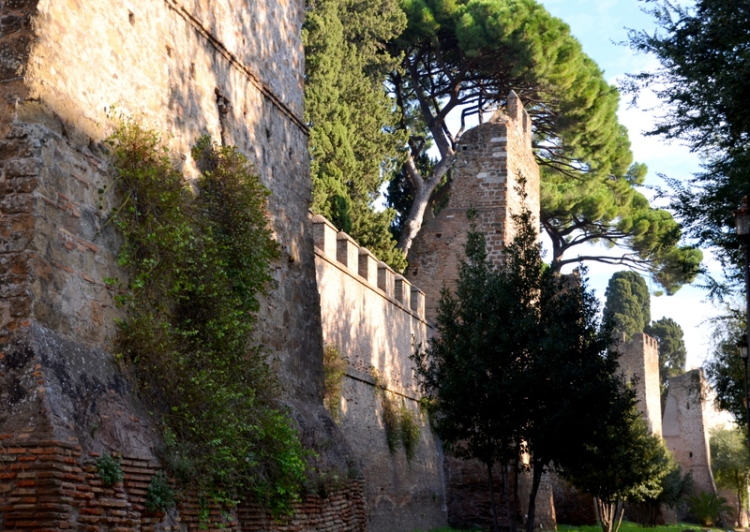 I was lucky to hear and spot thousands of starlings on the Avantine. They all moved like One and the flocks were huge and amazingly loud. I sat watching them for at least 15 minutes. In Sweden the number of starlings have decreased terrifyingly fast, and we don’t know why. It’s been suggested they get shot and eaten on their way north – but I don’t know if there’s any sustainable truth in this.

In every city I visit I just have to go to the botanical gardens. I realized I hadn’t been to the one in Rome before, and I wonder how many people who really go there…We had great difficulty even to find the entrance. In the park itself, I think we met about three other persons besides the lonely, reading guy in the ticket ”box”. He was very sweet though and reminded us about their closing the gates within two hours. Two hours in a botanical garden is not enough for me – generally. But, when it’s not really season for plants and flowers that should be enough. Still, we had to hurry in the end. I’d love to go back another time of the year too!

Almost directly I came across an old friend – this strange plant. Flowers and the empty seed shells here below. I first saw this plant in New Zealand, near Auckland zoo . No one knew what it was – and I still don’t have a clue. The foliage reminds me of Nerium Oleander – but the flowers? No…I would be very grateful if someone could tell me what this is! A fascinating plant – small tree. 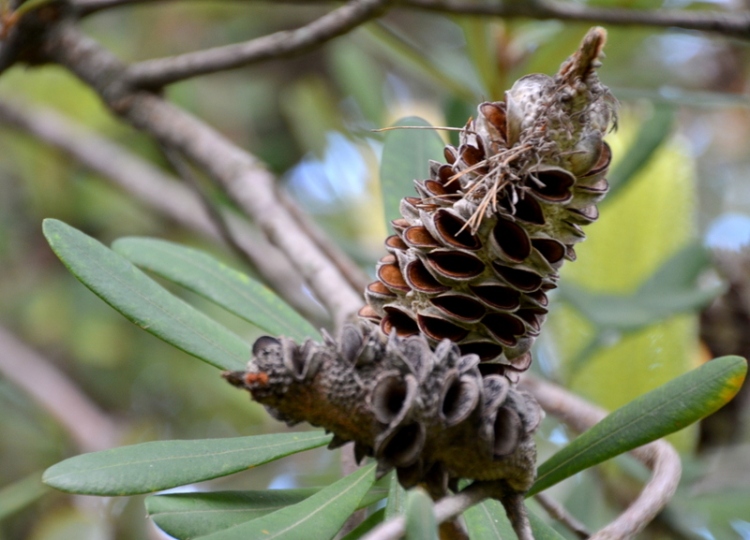 Ricin, the Castor oil plant, is beautiful but very poisonous. Grown in many gardens for its lush green and red colours.

Many old trees grow here, and the oldest ones are the oak trees. Some of them have fallen and lie on the ground. New to me was a method of heaping up a mound of earth at its roots , making it survive to give new life. Amazing. 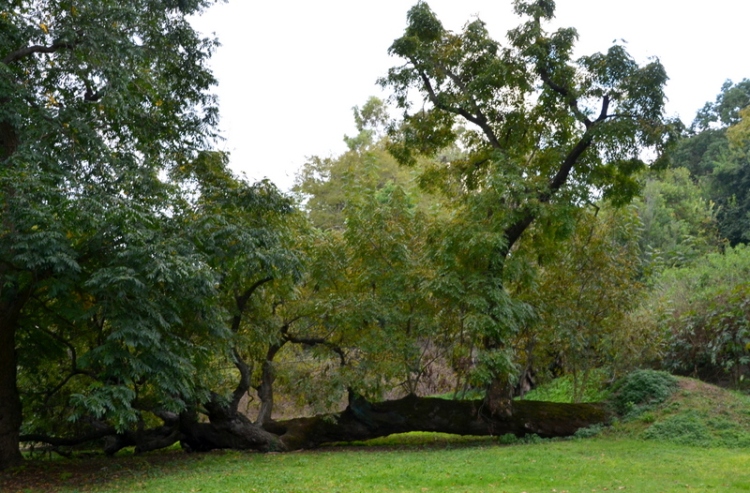 Other old trees were fascinating too, and an enchanting ruin was hidden by old plane trees. Magical.

Maybe not a tree, but a bamboo forest is special. 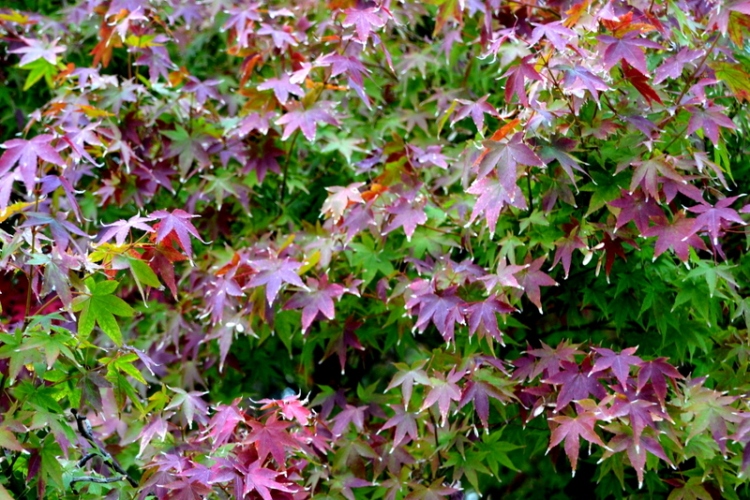 And an old favourite from China – Gingko Biloba. I have walked a golden autumn alley of these  in Beijing – something I will never forget.

On leaving the grounds, we encountered this beauty, a Verbena,  raining down a stone wall.

Lastly, from Central Asia, ”Rosaceae”, Prunus. Standing dry and leafless against the patched wall of the house – I found it immensely enchanting… 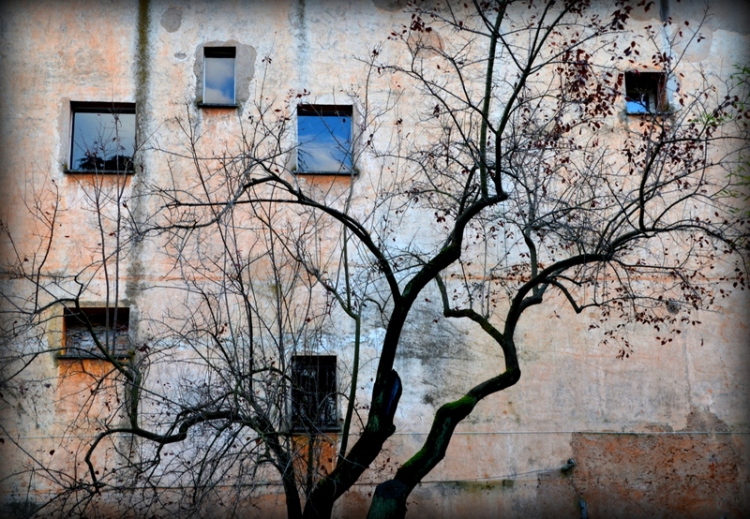 Be Nice. Don’t copy without credit.

Love my family, photography, art, literature, architecture, flowers, trees and dogs, but most of all Nature itself. I also keep on travelling...